So, I’ve just had my third illness since Christmas and I’m finally starting feeling better. I’m keeping my fingers crossed that that’s it now and I can get back to training properly (cue my bedside table being full of vitamin C tablets to be taken just in case the dreaded scratchy throat makes its return).

It all started during the Christmas period. I inevitably get ill at Christmas when I travel home and take a break. It always happens – just ask my poor mum who has to deal with it while I mope around for three weeks using it as an excuse not to go out running (it’s cold there and there are lots of hills where we live!). In fact, when I take any break I seem to suffer. Is that the bodies way of saying, ‘slow down you mad woman!’?. I did do a lot before Christmas. Took on a marathon place for charity, organised a Crossfit competition to raise money, travelled to Newcastle and New York, took up driving lessons, trained and worked out, worked full time, organised the work Christmas meal … you get the picture (see my previous post on keeping busy for all the gory details). And when I relaxed, my body which had clearly had enough, took revenge. 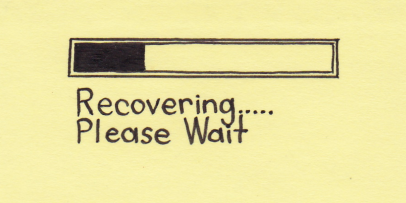 In short, I felt terrible over Christmas. Not just your average cold, I also suffered with my asthma and it feels never ending when you can’t breathe properly. I ended up at the doctors of course in pain and feeling sorry for myself just to be told that, “everyone gets a cold at Christmas” like the fact that I was unable to breathe was normal. If you’ve read my previous post you’ll see that I don’t have much luck with doctors.

Anyway, a course of antibiotics and a blast of steroids later and I was as right as rain. Or so I thought. I think I was in denial when I came back from my break at home as it took me a good three weeks to get myself back to the doctor even though I still felt terrible and I had become ill again. I knew they would put me on a steroid inhaler (the brown one that tastes as bad as it looks) and who wants to be on that long term?! Well, in hind sight, I wish I had gone earlier … I can hear my mum now saying “I told you so!”. I was booked in for an asthma review the following week where I also won the prize of a flu shot so that was nice. I was also given an AeroChamber Plus (not as exciting as it sounds) which I used to have as a kid only this has definitely been refined over the years. 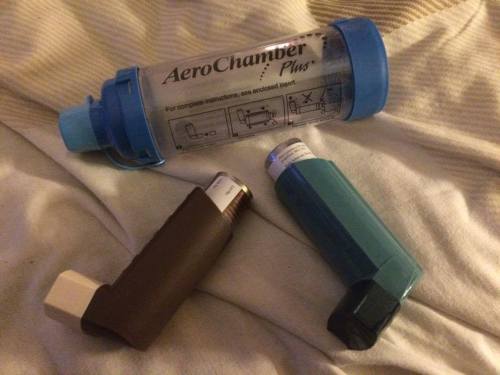 At this point, the London Marathon was only 11 weeks and away so I was glad when I started to feel better but within a week my body was having other ideas. I got ill again. Well, Dan got ill and he gave it to me (always blame the boyfriend). I still felt run down and clearly hadn’t actually got over the last one and, this time along with the cold, came the shivers, the aches and the pains. This time was worse. I felt awful again! How could this be? I’d had my fair share so now it was time for recovery surely?!

In short, no. And the reason? I was training through all this when I should have slowed down or stopped altogether while my body repaired itself. I went to the gym, running and even swimming on a cold February morning at 7am when I should have been tucked up in bed recovering from the illness that had pretty much exhausted me. Of course I’ve learnt my lesson (I think) and I’ve decided to drop out of the Brighton half marathon which I was due to run on the 26th of February. After virtually no road time it’s probably best not to push myself through 13.1 miles when the London Marathon is now only 9 weeks away! 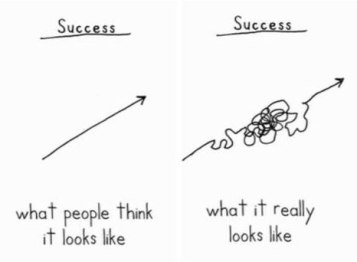 The Brighton half won’t be my first DNS (Did Not Start) as I had to pull out of a duathlon that I was due to take part in during ‘Challenge 2015’, a year in which I took on a challenge a month. I’d hurt my shoulder and, although it took me a while to make the decision, I did admit defeat eventually as there was no way I could have run, cycled and run again, a total of 20km. I was also taking part in 300km cycle from London to Paris the following month so I knew I had to rest. It had been a dream of mine for a while to take part in London to Paris and I was doing it with a great friend so I wasn’t going to miss it!

I’ve seen the bling (anyone who knows me will know that I love the bling at the end of a race!) for the Brighton half and, if anything was going to sway me, it would be that. It’s awesome, chunky, shiny and would look great in the collection but sadly its not to be this year. I’ll get over it with the help of articles like this one on the Runner’s World UK website … it always helps to know that other people go through it too and you’re not the only one not running because of illness!

I mentioned that I was writing this post to another good friend and she said that it’s so tough psychologically when illness wrecks your plans and she’s right. It’s hard enough getting through a bout of illness without watching your plans pass you by. I will still be going to Brighton so that part of the plan is still on. I just won’t be making my way along the Brighton sea front in amongst hundreds of other runners clad in lycra, hydration belts and compression socks.

I do like to be beside the seaside but I think I’ll be avoiding people wearing medals ….

I love running! I'm attempting to run all six of the World Marathon Majors but I'm a wannabe triathlete as well. View more posts